The Bullet moves to a new location on Sunset in Hollywood! Now with a huge dancefloor, intelligent lighting, live 60s projection video mixing, outside smoking and drinking area plus top mod, soul and garage DJ sounds all night! 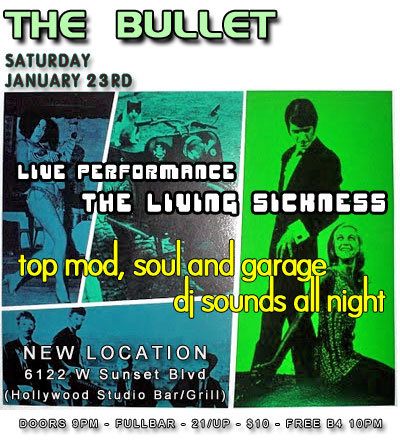