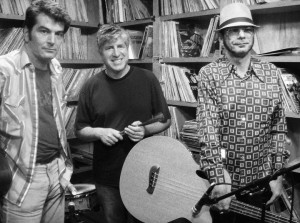 Preview the show on the La Luz de Jesus site

The Lowbrow Tarot Project will showcase 23 artists who will use their creative and unique styles to take on the tarot 22 Major Arcana and original card back totaling 23 new works of art in the rugged glow of the lowbrow art movement to be displayed in an exhibition at La Luz de Jesus on October 1, 2010.

card Silver Era Tarot deck and believed most artists would enjoy the exploration of divination without the commitment to a larger, overwhelming project. In addition, a hardcover tabletop book and full color tarot card deck of the work will be produced.
Image:
“Wheel of Fortune” by Heather Watts:
Acrylic on Panel 12″ by 18″