DJ Lee, Over Under Sideways Down 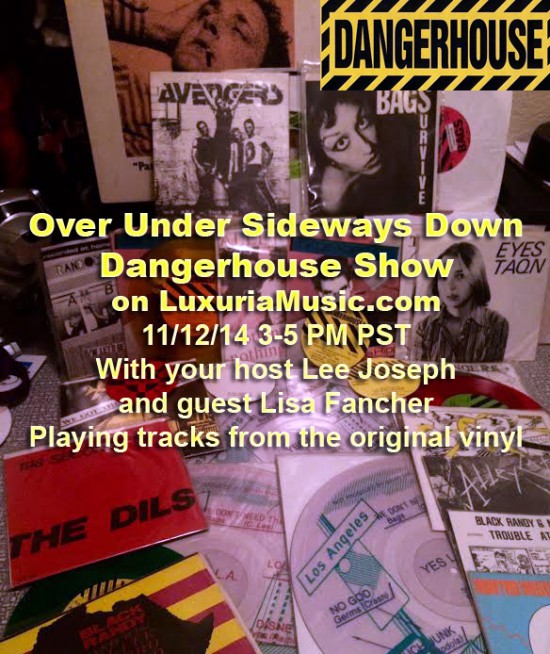 Tune in Over Under Sideways Down on Wednesday, 11/12/14 for a Dangerhouse special on LuxuriaMusic.com 3-5 PM PST! In celebration of the release of the Dangerhouse Singles Box, and last Sunday’s Dangerhouse reunion show, Lisa Fancher of Frontier Records will be joining host Lee Joseph for a special two hours featuring the Dangerhouse catalog as played off the original (in mostly pristine condition I might add) releases!