On  April 17, Orchestra Superstring will celebrate the release of their new Dionysus CD, “Easy” at McCabes in Santa Monica.  Click this link to order “Easy” from the Dionysus mail-order cart. Also, be sure to check out their 2004 self-titled release also on Dionysus Records

Orchestra Supersting is a contemporary group that plays instrumental jazz music inspired by Afro-Cuban, Latin and more. Fans of exotica will love the comobo who are comprised of an eclectic band of well known Los Angeles musicians (including DJ Bonebrake of X), Orchestra Superstring blends infectious beats and fresh dance rhythms in original tunes written by its members and creates new interpretations of jazz standards. 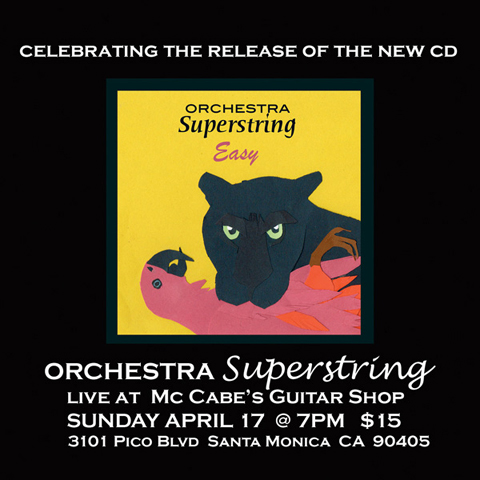 Hailing from a little village close to Gelnhausen, Germany (where the Monks were stationed as GIs), Roman Aul a/k/a Redondo Beat had a knack for 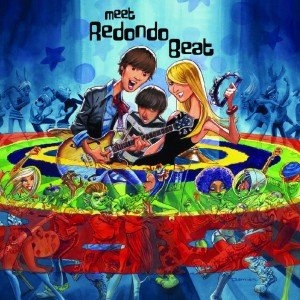 playing many instruments and with his talent recorded two full length albums and several 45s on his own.

While working mostly alone in the studio, Aul always had a real rock ‘n’ roll band backing him on stage. With his numerous releases, Aul’s Redondo Beat created a small buzz in the USA, touring the East Coast three times. Redondo Beat had the opportunity to open a show in Frankfurt with headliners their 60s idols, the Monks, and toured throughout Europe as Sky Saxon’s (of The Seeds) backing band for a month in 2009, on what would turn out to be Sky’s last tour.

Dionysus Records is proud to release Redondo Beat’s “Meet Redondo Beat”. Aul’s influences run the gamut from early ‘60s Brill Building songwriters and related East Coast Girl Group sound, Creedence Clearwater Revival, a touch of Doo Wop, the sound of mid-‘60s convertible top-down summertime Southern California and early ‘70s teenage AM radio Raspberry City Rollers flavored love-affairs. It is pure pop as seen through the eyes of the best decades of original rock ‘n’ roll music with all the drive of late ‘70s punk powered ‘80s power pop. Dionysus commissioned Southern California Surf artist Damian Fulton to paint the cover and the disc was mastered by The Tikiyaki Orchestra’s Jim Bacchi.  It’s a marvelous listening experience that will have you traveling time and bobbing your head to some of the sweetest retro-pop-rock music you’ve EVER heard!