Check out these new Dionysus Records releases for Summer 2014:
“More of The Satelliters” and “Liverpool Beat” by The Dukes of Hamburg!

In celebration of the 20th anniversary of The Satelliters, Dionysus Records has just released our eighth album with the group, More Of The Satelliters, available on LP with an old-style slick on board cover, colored vinyl and digital code, as well as CD and of course digital download from all the usual places; iTunes, Emusic, Amazon, etc. On the LP and CD the group has paired nine original tunes with three classic garage-monsters in an all analogue-recording! Those of you who purchase a digital download will have to live without the three cover tune, all the more reason to buy the vinyl.

Kraut garage revival gang is back again with a brand new slab and 12 organ driven/fuzzed-out + some Byrds-esque Garage folk-rock 60’s influenced tunes. This is their 11th Lp in 20 years of wyld garage action so you better wach out! – Surfadelic Website

Also out at the same time, the new Dukes of Hamburg LP, Liverpool Beat available on vinyl only! There are two Dukes of Hamburg, both are a mix up from each-other, one from Bielefeld, Germany and one from San Francisco, USA. The story so far: In the early 90s, Thilo Pieper went to San Francisco and formed the American Dukes with 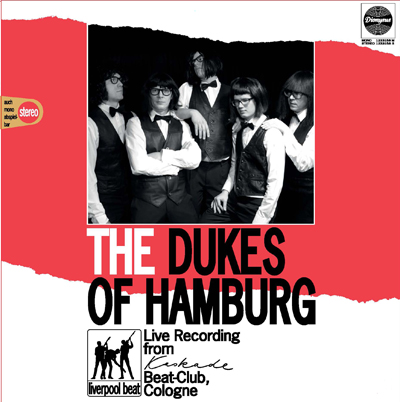 members of The Mummies, The Astronauts and The Phantom Surfers, and bassist Shannon Smith. The American Dukes toured up and down the West Coast and did two very successful European tours, then Thilo moved back to Germany and continued The Dukes in Bielfeld while the American Dukes were still doing shows. Both bands play ‘60s beat and garage with wild abandon and are inspired by  ‘60s German Beat favorites as well as early Pretty Things and other groups from the pre-psychedelic 1960s rock ‘n’ roll scene. Liverpool Beat is the first album by the German Dukes of Hamburg on Dionysus Records, following the release of three American Dukes LPs on the label in the ‘90s.

Get them directly from Dionysus! 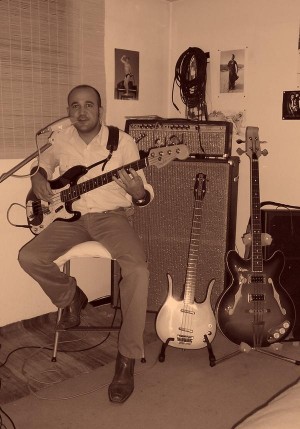 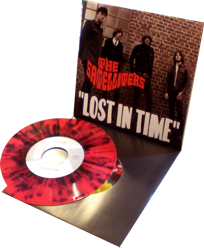