WISHING YOU ALL A VERY HAPPY,HEALTHY AND SAFE NEW YEAR!

THANKS FOR YOUR CONTINUED SUPPORT, PURCHASES AND GLANCES AT THE DIONYSUS WEBSITE!

Lots of great things in store for 2011 so STAY TUNED!

The Mixologists of Paradise:
Don the Beachcomber presents

Wednesday 12/29: The Jazz Sides of Exotica
Exotica musicians like vibraphonist Arthur Lyman created otherworldly pieces that straddled the boundaries of jazz. This jazzy side of exotica — or exotic side of jazz — will be highlighted when the WAITIKI quartet takes the stage with sweetly swinging hapa-haole tunes by R. Alex Anderson, Arthur Lyman, Queen Liliu’okalani, to the cool Latinesque grooves of Cal Tjader, Lee Morgan, Duke Ellington, Bill Fitch and Tim Mayer.

Thursday 12/30: Coronation of the Voodoo Masters
Contemporary exotica masters The WAITIKI 7 make a rare West Coast appearance, on this special night commemorating classic exotica. The WAITIKI 7 made Hawaiian music history this summer with rankings at #1 on the JazzWeek World and #2 on the CMJ Jazz charts, and have been noted by New York Times music critic Nate Chinen as “the band to beat.” Special guests Robert Drasnin (former CBS TV Director of Music and creator of the the 1959 exotica classic, Voodoo) and Sherry Shaoling (of Don Tiki) perform with the band too.

New Year’s Eve: The New Sounds of Exotica
Ring in the New Year with as The WAITIKI 7 get swanky, in a danceable homage to Combustible Edison, pioneers of the lounge revival in the mid-90s! The evening will feature the first performance of Combustible Edison‘s music since the band’s demise a decade ago, with help from Brother Cleve and The Millionaire. Midnight will transform the ballroom into a full-on tiki dance party.

Partygoers will step into a slice of paradise for three nights, December 29-31, 2010. Champions of exotica WAITIKI will celebrate the year’s end at Don the Beachcomber, the restaurant haven of the great mixologist Donn Beach and all things tiki. The events will honor Beach and the stunning libations he created; exotica living legend Robert Drasnin; and leaders of the ’90s tiki revival Combustible Edison with live music, original cocktails, and DJ sets.

The luscious mix that is exotica-the blend of tropical soundscapes, Latin dance grooves, and popular jazz-is an adventuresome and musically intricate mix. Often mistaken as kitsch, exotica flows from the vibrant postwar Hawaiian music scene and draws on everything from jazz to folk ballads, to second-generation Japanese club bands made of traditional Asian instruments, to Puerto Rican percussionists who came to the island midcentury to work.

Robert Drasnin-a jazz clarinetist, exotica ghostwriter, and former Director of Music at CBS now in his 80s-will take the podium on December 30 to lead the WAITIKI 7 in a rare, live performance of his 1959 cult classic album Voodoo, is requisite for every space-age bachelor pad. The album was resuced and resurected from obscurity by Dionysus Records in 1996 and gained Drasnin a new generation of fans. WAITIKI 7 and Drasnin will be joined by vocalist Sherry Shaoling (of Honolulu’s exotica darlings Don Tiki), whose powerful voice channels forgotten exotica divas like Japanese-American Ethel Azama or Peruvian Yma Sumac. Nearby, Combustible Edison’s Brother Cleve and The Millionaire will spin everything from go-go and surf to exotica disco and big beat in their first joint DJ appearance in fifteen years.

For New Year’s Eve, the WAITIKI 7 get swanky, in a danceable homage to Combustible Edison, pioneers of the renewed interest in non-rock instrumental music from the 50s and 60s. “We were a lightning rod fans of all these vintage recordings could rally around, as we not only gave props to these styles but wrote original music in that spirit,” Brother Cleve explains. “Tiki Exotica was one aspect of what we did, and we helped revitalize it.” This lightning rod attracted big names like Quentin Tarantino and Matt Groening, as well as legions of fans.

The evening will feature the first performance of Combustible Edison’s music since the band’s demise a decade ago, with help from Brother Cleve and The Millionaire. Midnight will transform the ballroom into a full-on tiki dance party. WAITIKI and Combustible Edison will reveal their mixologist side: Original craft cocktails by Brother Cleve, Randy Wong, and others will join Beach’s creations on the drink menu.

“Donn Beach had a famous rapport with diners-to leave their worries and their fears outside. Inside the restaurant is one’s own personal paradise, whether it be from the libations, entertainment, or conversations with the hosts and hostesses,” notes WAITIKI bandleader Randy Wong, whose tiki-insipired cocktails have made it onto menus at several fine dining establishments in Boston. “This makes Don the Beachcomber very different from anyplace else. It naturally has a close-knit, family-friendly environment that’s perfect for these three evenings.”

About DON THE BEACHCOMBER

The Don the Beachcomber restaurants originated in the ’30s in Hollywood and grew to incorporate 16 restaurants under the brand umbrella. Donn Beach was responsible for creating and spreading tiki culture around the world, including his creation of rum drinks with a tropical twist, now offered at every mainstream watering hole and bar.

Although none of the early Don the Beachcomber restaurants exist today, thousands of other establishments opened following his lead. Unfortunately, many of these were poor imitations, losing focus on tiki culture. Under the ownership of Arthur and Delia Snyder, Don the Beachcomber is experiencing a rebirth with its first new restaurant in 20 years. The goal is to replicate the experience of the original tiki restaurants made popular in the ’40s and ’50s throughout Southern California, and in Orange County, where Don the Beachcomber opened its doors in Corona del Mar in 1969

The WAITIKI 7 are dedicated to the celebration, preservation, and resurgence of exotica music, and the related tiki culture. WAITIKI 7 is modeled after the classic groups of Martin Denny, Arthur Lyman, and Gene Rains. The WAITIKI 7 is the only modern group that performs exotica completely live and acoustic-just like in the 1950s. And like their predecessors, the musicians of WAITIKI 7 all have extensive jazz, classical, and Latin training and chops.

With two critically acclaimed albums, Adventures in Paradise and New Sounds of Exotica, the group has shaken, stirred, and thrilled listeners from Boston to Hawai’i. They recently made exotica history by landing both albums on the radio charts at once (JazzWeek World chart, September 2010).

12/9: Feral House and Process invite you to a Winter Solstice Celebration

Feral House and Process invite you to
a Winter Solstice Celebration

• Have your I Ching thrown and interpreted by the fabulous “Secret Source” author Maja D’Aoust.

• Ogle all the new, amazing, celebrated, and banned Feral House and Process titles.

Snag signatures from other Process & Feral House authors, including: 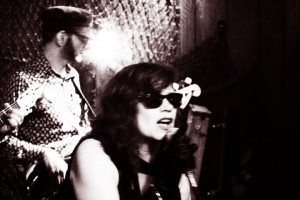 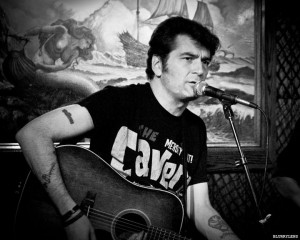 “Topless Summer Love Girls” is a zany, pop culture commentary on growing up male in the era of Playboy, feminism, and swimsuit editions. Arming men with new insights into themselves and the eternal battle between the sexes, this hilarious and sexy book filled with hundreds of titillating photos of half-naked women is a passionate and unapologetic examination of men, women, and breasts.

Come join author Leslie Cabaraga – and enjoy live Western Swing music from Will Ryan and the Cactus County Cowboys – see the Controversial Port-O-Bra and burlesque by Eliza Bane plus free beer and margaritas!

“Topless Summer Love Girls” contains not only page-after-page of sumptuous color photos of topless girls sunning themselves on the beaches of Spain and the South of France, but it’s got excellent advice for men on dating and making the best choice in women, sexual relationships with women and women’s wiles, warnings about marriage, fatherhood, and divorce; and what every man should know about feminism. In short, it’s got everything a modern guy needs to survive love in the 21st Century.

The Creepy Creeps opened for  Faith No More at The Hollywood Palladium on November 30, 2010 – here’s a video of the band performing “Fink About It.” Click here for a review of the show on the Concert Confessions website

December 2, 2010by Dionysus Records
'77 Punk Legends, Psychedelic, Stuff We Like

The Yardbirds “Happenings Ten Years Time Ago” is,  in my opinion, their finest moment (though “Shapes Of Things” and “Think About It” come pretty close.)  The track features the group’s signature minor key melody and Gregorian-like harmonies, pitted against one MF of a riff – with both Jimmy Page and Jeff Beck on guitars along with John Paul Jones on bass.

That riff inspired numerous cool songs, among them “Children of the Sun” by Riverside CA / London UK transplants The Misunderstood, “Son Of Fantasy” and “Son Of Fantasy II” by Los Angeles hardpsych rockers The Hook (featuring former Leaves member Bobby Arlin) and the teeth-gnashing “I’m Sick Of You” by James Williamson era Iggy and The Stooges.

Earlier today while working at the office I listened to these four tracks in a row – and thought you might enjoy hearing them too – so here they are:

The Misunderstood “Children Of The Sun”

The Hook “Son Of Fantasy II”

Iggy and the Stooges “I”m Sick Of You”