Our collective heads are spinning at all the fabulous things going on this weekend – and most of ’em are at La Luz de Jesus Gallery in Los Feliz which in Los Angeles for those of you not familiar…and the other you can tune in to LuxuriaMusic.com and listen to on the way there and on the way home,  ALL FREE!!

LuxuriaMusic.com Annual Beatles Day
LuxuriaMusic.com Saturday, October 5 6 AM – 12 Midnight Pacific
Love ’em? Hate ’em? A full day of shows featuring an all-star line-up of LuxuriaMusic DJs will have the full spectrum covered! Info here or the next post down…

Kim Fowley “Lord of Garbage” book signing, reading and performance
Saturday, October 5, 7-10 PM
What can we say? The legend, survivor of three major surgeries, takes over your Saturday Night and possibly your soul! Click here for more info.

“Wild Things: Burlesque Beauties and the Pets They Love &” “Satan’s Angel: Queen of the Fire Tassels” book signing and movie release party with Our pal Tony Marsico from The Martini Kings, and Josh Dragotta
Sunday, October 6, 2013, 4-7 PM
Featuring Dancing Girls and Mr. “Fun” from the Martini Kings playing solo on the fabulous Conn Organ. Meet the author, director and producer “in the flesh.” Click here for more info 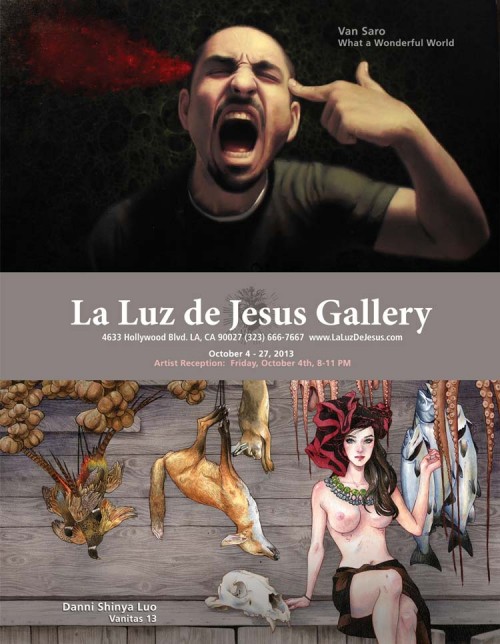 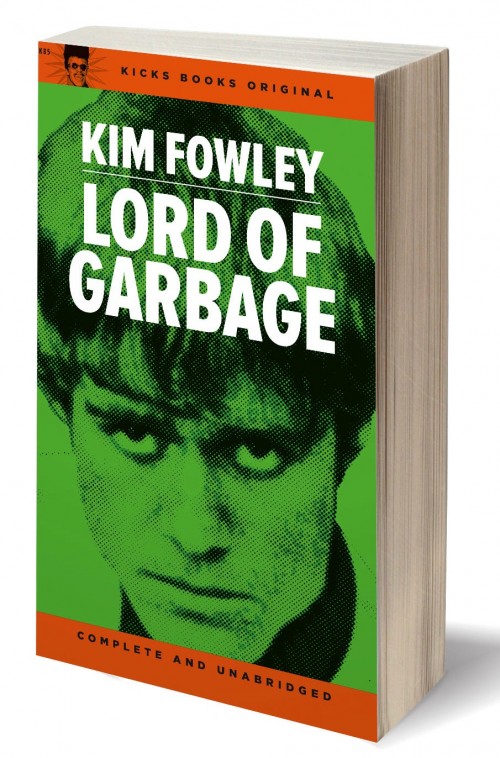 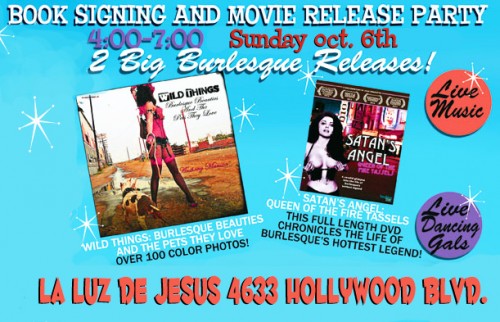 October 4, 2013by Dionysus Records
DJ Lee, LuxuriaMusic.com, Over Under Sideways Down

LuxuriaMusic Beatles Day! Celebrate the 51st anniversary of the Fab Four’s first single release, “Love Me Do”, by tuning in for a deeply wild and sometimes wicked tribute, starting at 6 AM Pacific and ending at 12 Midnight Pacific 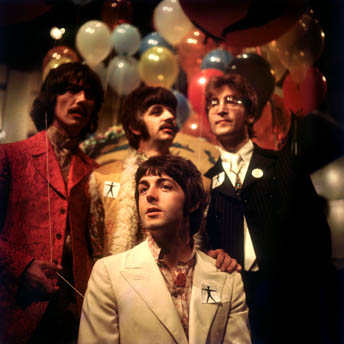 6:00 am: John Trivisonno
Thrifting for Tunes’ John T. has the honour and privilege of kicking off this year’s
Beatles Day on LuxuriaMusic.com!

Says JT: “Listeners will be hearing a ton of Beatles covers throughout the day, so I’m starting off with a small sampling of just 11 songs… but I’ll be playing 2 very different sounding versions of each, back to back, showcasing the wide array of interpretations various artists have brought to the Beatles’ oeuvre. Tune in for Beatles covers by artists ranging from the Carlos Piper Orquestra and Johnny Puleo to The Waikikis and Helmut Zacharias!”

7:00 am: Tothar
Tothar successfully achieves a 60-minute “Hey Jude”/”Michelle”/”Yesterday”-Free Zone with obscure, curious and compelling arrangements of 19 different Beatle classics. Caffeinate your Beatles Day morning with Beyondophonic Action that will range from go-go to galactic, from harmonicas to sitars, from Dick Schory to the Jam. A spotlight feature will focus on groovy Beatles covers as released on the London Records Phase 4 label.

He’ll be pleased to please you as he holds your hand through an hour of Beatle-iscious sounds from the deepest and darkest corners of his collection.

10:00 am: DJ Lady Capo
Here comes the sun! Wake up with Lady Capo and her favorite Beatle, George! You’ll be on cloud 9 as you experience her unique blend of Harrisongs including Beatles favorites and George’s solo work. We’ll be waiting for you in the chat! You won’t want to miss this one.

12:00 pm: Switched On Audrey
There’s no telling what’s in store when Pretty World’s Switched On Audrey starts at noon. Since the “No Beatles Music” edict has been lifted, she just might play the very first record she ever owned: The Beatles, 1962-1966. Or will she…?

2:00 am Michael Quercio and Lina Litonjua
The Michael Quercio Paisley Underground Consortium will showcase how Michael believes that the original Paul McCartney actually did die and how an incredibly talented doppleganger took his place in the Beatles historic rise to fame. Tune in and be entertained despite yourself.

3:00 pm: Lee Joseph
Lee Joseph, host of Over Under Sideways Down brings to LuxuriaMusic’s Beatles Day a selection of Beatles recording sessions and un(officially) issued mixes and versions of songs spanning “Please Please Me” through “Abbey Road” plus, quite possibly, a couple of whacked covers including a tap dance cover version of the Fab Four’s later hit songs….

4:00 pm: Derrick Bostrom
Every deejay at Luxuriamusic has their own stash of favorite Fab-four-Related material, and we at “C’mon! Live A Little are no exceptions. In fact it would border on the truly miraculous if you didn’t find significant overlap among our various lists of cover, tributes, oddities and what-have-yous. Anyway, this Saturday,“C!LAL” presents an hour’s worth of some of the stuff we found lying around the house. Here’s hoping you discover something you haven’t already heard a hundred thousand times before.

5:00 pm: Carl Howard
It’s coming up on 5 pm, and you’ve now been drowning in Beatles- and Beatles-adjacent tributes for almost twelve hours. How can Carl Howard and Your One True “Space Patrol!” possibly toss in a lifeline? How about the fire of Soul and
the brimstone of Funk? How about the invigorating throb of the New Wave? That and more sandwiched into an hour, with a totally psychedelic and fully annotated playlist to help you follow along. Plus, tune in during the show to find out how to
download an expanded 90 minute version… for free!

6:00 pm: Gene Sculatti and Gary Schneider- My Dinner with Mr. Moonlight
Open Mynd Excursion host Gary Schneider and Atomic Cocktail producer Gene Sculatti, two guys who experienced the Beatles’ arrival in real time, sit around and talk: about initial impressions upon hearing them on the radio, about the fake Beatles LPs that flooded the stores, various Fifth Beatles, American boys singing about “gulls,” the band’s impact on American culture, reactions to Beatles music as it changed, and meeting (two of) the Beatles. Music will be played, opinions candidly expressed.

7:00 – 9:00 pm: Strike
Join the man whom Ringo calls ‘the 12,874th Beatle’ – the Kitsch Niche’s STRIKE -for TWO hours of Beatle-ish madness! Wacky tributes, horrific covers, awful break-ins, fake mop-tops, funky versions, sing-along instrumentals, barking dogs, and who knows…even a special visit from Sir Paul himself? Nah. It’d never happen. Even so, he guarantees a good time had by all! How do you find the show? Turn left at Greenland! Or, tune in from 7 – 9 pm PST

9:00 pm: Ron Sures
Hey, have you heard of The Beatles? It turns out they were pretty good! HOW good?
Join me, Ron (Sures) for an hour full of “Beatles Day” fun on Luxuriamusic.com, and we’ll find out together! I’ll be “Happy To Show You”! (Get it?) Get ready for some great Beatles covers, plus maybe all of John & Yoko’s “Two Virgins” and “Life With The Lions”?? Okay, not all of it – But maybe a minute or two! All of “Live Peace In Toronto”? Okay, no. But join me! It’ll be fun, I promise!

11:00 pm: Howie Pyro
Liars, cheaters, thieves & exploiteers all saw the perfect wallet stuffer in the Fab Four. And early in the game before the names, faces & identities were cemented in stone, the people in hack studios pumping out 20 LPs a day to cash in on any quick fad of the moment for teens had the “three for a dollar” record racks of department stores packed with records by The Bootles, The Bottles, The Bratles, The Liverpools, The Four Fabs, etc etc. loads of 45s were also flying outta small labels by The American Beatles, & songs like The Beatle Bomb & Frankenstein Meets The Beatles were rampant. There were as many anti- Beatle records as faux four records. And there should have been! In the wild, wild, world of Intoxica Radio these records never stopped being released and are way bigger hits than any Beatle record could ever be. Wanna step off a cultural cliff & fall into the inside-out a go go dimension of Howie Pyro’s Intoxica Radio? Then tune in for the LAST hour of LuxuriaMusic’s Beatles Day. 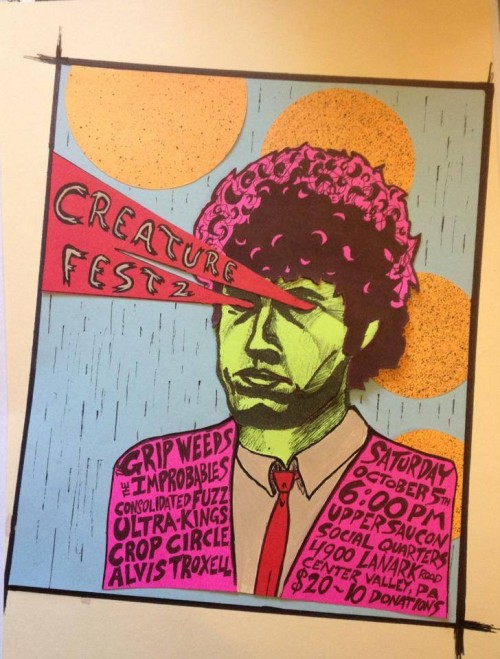